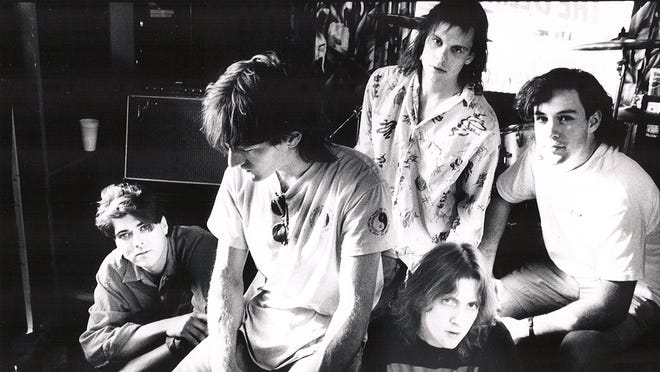 The Gin Blossoms have canceled the remaining stops on a tour celebrating the 30th anniversary of "New Miserable Experience," the quadruple-platinum breakthrough that spawned the hits "Hey Jealousy" and "Found Out About You."

The Tempe rockers shared the news on social media, saying "The NME 30th Anniversary Tour has been immensely successful and fun, but our bass player Bill Leen has had an accident and broken his arm."

Leen will be unable to perform for a few months.

The Blossoms considered converting to an acoustic format or bringing in a substitute for Leen.

"But our band has decided out of respect for our fans to reschedule & cancel the remaining tour dates," they posted.

"It doesn’t feel right to do an anniversary tour without our founding bass player. We’ve had a great time and some fabulous shows, and we regret these circumstances. But we care a great deal about presenting the best possible performance for our fans, and protecting the integrity of a celebratory anniversary tour."

They ended the post by saying they're "very excited" for their summer tour with Toad the Wet Sprocket and Barenaked Ladies, adding "Let’s all wish Bill a happy birthday and a speedy recovery."

Drummer Scott Hessel says, "It’s certainly disappointing to have to postpone the remaining shows of this run. However, this pales in comparison to our love and concern for Bill."

"But we were clearly missing what Bill brings to the band," Hessel says. "Both his spirit and musicality on the low notes."

The Last Summer on Earth Tour with Toad the Wet Sprocket and Barenaked Ladies is set to launch Thursday, June 9, at Arizona Federal Theatre.

More concert news: The Weeknd's 'After Hours Til Dawn' Tour to play in Glendale

How 'Hey Jealousy' paved the way for other songs to hit

Released in August 1992, "New Miserable Experience" was not an overnight success. It took nearly a year, in fact, for the bittersweet jangle-rock crunch of "Hey Jealousy" to go Top 40, hitting No. 25 and doing even better on the Mainstream Rock chart.

Beyond 'Hey Jealousy': Ranking the Gin Blossoms' best songs of all time (so far)

By the time a second single from the album, "Found Out About You," topped Billboard's Modern Rock Tracks chart, the founding member who'd written both singles, guitarist Doug Hopkins, had died by suicide.

Looking back: Gin Blossoms reflect on the difficult birth of 'Congratulations... I'm Sorry'

'Mixed Reality' is the group's latest

Their latest album, 2018's "Mixed Reality," was recorded at Mitch Easter's studio with producer Don Dixon — the team behind R.E.M.'s "Murmur" and "Reckoning."

At the time of that album's release, lead singer Robin Wilson talked about their tour celebrating the 25th anniversary of "New Miserable Experience."

Super Bowl week kicks off. See live updates Why you can't take photos inside this new downtown bar Native actors make gains, but still have to push for work Here's everyone performing at the Super Bowl in Glendale

“Listening to it again, in order, for the first time in 20 years or so, I relived the whole thing blow by blow," Wilson said.

Revisiting the album that launched his career was "a very nostalgic time" for Wilson.

"It was very much connected to my memories of those times and my memories of Doug. And I was really proud, you know? I listened and there was a moment where I was like, 'Holy crap, this is really good.' I mean, I always kind of knew it was but listening with fresh ears for the first time in a long time was pretty intense."