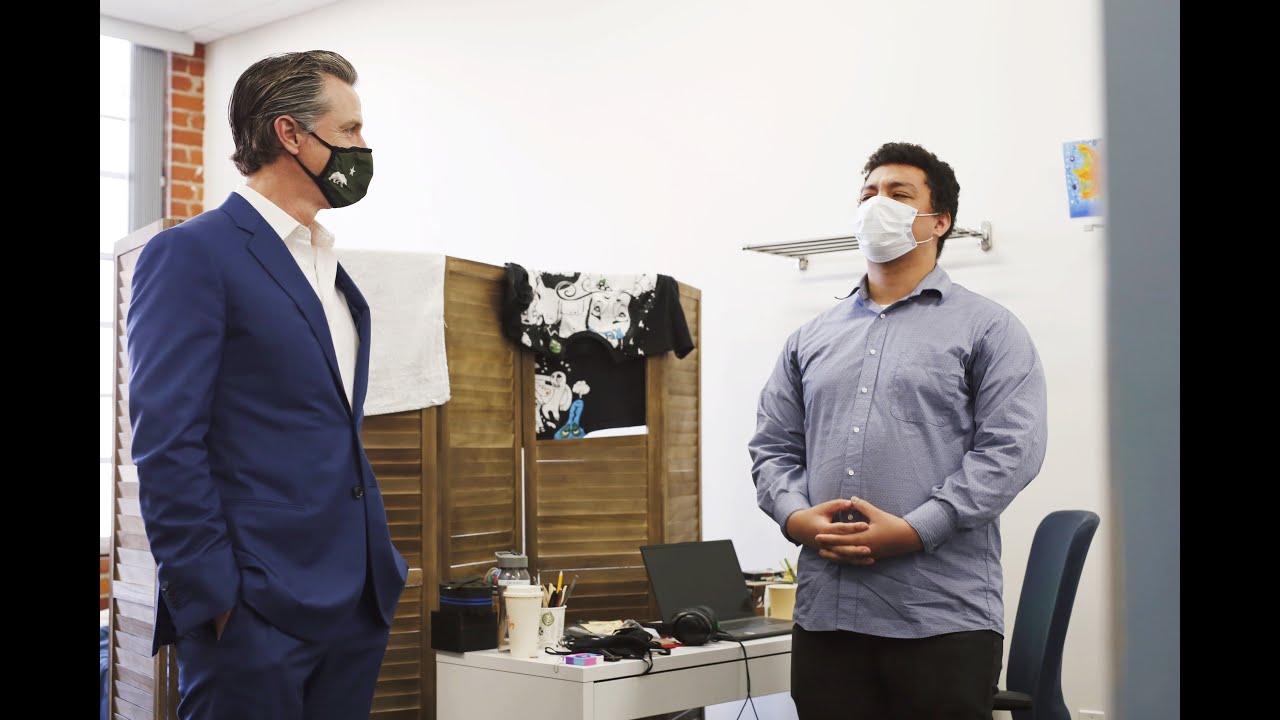 SAN FRANCISCO — With more than 100,000 people living on the streets, California Gov. Gavin Newsom signed a new law on Wednesday that could force some of them into treatment as part of a program the first-term governor describes as “care” but opponents argue is cruel.

Newsom signed the Community Assistance, Recovery and Empowerment Act on Wednesday. It would let family members, first responders and others ask a judge to draw up a treatment plan for someone diagnosed with certain disorders, including schizophrenia. Those who refuse could be placed under a conservatorship and ordered to comply.

Right now, homeless people with severe mental health disorders bounce from the streets to jails and hospitals. They can be held against their will at a psychiatric hospital for up to three days. But they must be released if they promise to take medication and follow up with other services.

The law Newsom signed on Wednesday would let a court order a treatment plan for up to one year, which could be extended for a second year. The plan could include medication, housing and therapy.

For decades, California has mostly treated homelessness as a local problem, funneling billions of dollars to city and county governments each year for various treatment programs. But despite all of that spending — including $9 billion last year and another $4.8 billion this year — homelessness remains one of the state’s most pressing and visible issues.

“Continue to do what you’ve done and you get what you got. And look what we’ve got. It’s unacceptable,” Newsom said Wednesday before signing the law. “This (law) has been architected completely differently than anything you’ve seen in the state of California, arguably in the last century.”

Read more:California bill would put homeless courts where they’re most needed — outside

They say that courts are a frightening place for many people with severe mental illness and coercion is antithetical to the peer-based model that is critical to recovery. In other words, critics say, a person needs to want to get help and that could take months or years.

“This outdated and coercive model of placing disabled folks in courtrooms will cause trauma and harm to Californians in vulnerable situations and will reinforce institutional racism,” the ACLU of Southern California said in a message posted to its Twitter account. “We will continue to fight back, and we expect to see legal challenges to stop this misguided plan from harming our community.”

The program is not exclusively for homeless people. It only applies to people who have a severe mental illness — mostly psychotic disorders — and only if they are unlikely to survive safely in the community without supervision or are likely to harm themselves or others.

That means people struggling with alcohol and opioid addiction won’t qualify unless they have a diagnosed psychiatric disorder.

The Newsom administration estimates about 12,000 people could get help under the program. James Gallagher, the Republican leader of the state Assembly, said that’s not enough.

“Although better than nothing, (the Community Assistance, Recovery and Empowerment) court essentially amounts to a new bureaucratic half-measure,” said Gallagher, who like most of his Republican colleagues voted for the bill in the state Legislature. “It’s not the groundbreaking policy change we need. It will help some severely mentally ill people get treatment, but will not stop the explosion of homeless camps in our communities.”

The program would not begin until next year, and only in seven counties: Glenn, Orange, Riverside, San Diego, San Francisco, Stanislaus, and Tuolumne must establish programs by Oct 1, 2023. All other counties would have until Dec. 1, 2024.

Each of California’s 58 counties would have to set up special courts to handle these cases. Counties that don’t participate could be fined up to $1,000 per day.

Newsom said the biggest challenge will be finding and retaining enough health care workers to treat everyone who needs it. The state budget this year includes $296.5 million for the “Workforce for a Healthy California for All Program,” which aims to recruit 25,000 community health workers by 2025.

The National Alliance on Mental Illness of California supports the proposal, as do business organizations and dozens of cities, including the mayors of Los Angeles, Sacramento, San Francisco and San Diego.

They say treatment models and anti-psychotic medications have changed significantly since people were warehoused in institutions. The individual should be able to thrive in the community given the right clinical support team and housing plan, supporters say.

Newsom said he was “exhausted” by arguments from civil liberties groups that the program goes too far.

“Their point of view is expressed by what you see on the streets and sidewalks all across the state,” he said.